Microsoft Corporation is an American multinational technology corporation producing computer software, consumer electronics, personal computers, and related services headquartered at the Microsoft Redmond campus located in Redmond, Washington, United States. Its best-known software products are the Windows line of operating systems, the Microsoft Office suite, and the Internet Explorer and Edge web browsers. Its flagship hardware products are the Xbox video game consoles and the Microsoft Surface lineup of touchscreen personal computers. Microsoft ranked No. 21 in the 2020 Fortune 500 rankings of the largest United States corporations by total revenue; it was the world's largest software maker by revenue as of 2019. It is one of the Big Five American information technology companies, alongside Alphabet, Amazon, Apple, and Meta.

Microsoft was founded by Bill Gates and Paul Allen on April 4, 1975, to develop and sell BASIC interpreters for the Altair 8800. It rose to dominate the personal computer operating system market with MS-DOS in the mid-1980s, followed by Windows. The company's 1986 initial public offering (IPO), and subsequent rise in its share price, created three billionaires and an estimated 12,000  millionaires among Microsoft employees. Since the 1990s, it has increasingly diversified from the operating system market and has made a number of corporate acquisitions, the largest being the acquisition of LinkedIn for $26.2  billion in December 2016, followed by their acquisition of Skype Technologies for $8.5 billion in May 2011.

Childhood friends Bill Gates and Paul Allen sought to make a business using their skills in computer programming. In 1972, they founded Traf-O-Data, which sold a rudimentary computer to track and analyze automobile traffic data. Gates enrolled at Harvard University while Allen pursued a degree in computer science at Washington State University, though he later dropped out to work at Honeywell. The January 1975 issue of Popular Electronics featured Micro Instrumentation and Telemetry Systems's (MITS) Altair 8800 microcomputer, which inspired Allen to suggest that they could program a BASIC interpreter for the device. Gates called MITS and claimed that he had a working interpreter, and MITS requested a demonstration. Allen worked on a simulator for the Altair while Gates developed the interpreter, and it worked flawlessly when they demonstrated it to MITS in March 1975 in Albuquerque, New Mexico. MITS agreed to distribute it, marketing it as Altair BASIC. Gates and Allen established Microsoft on April 4, 1975, with Gates as CEO, and Allen suggested the name "Micro-Soft", short for micro-computer software. Microsoft entered the operating system (OS) business in 1980 with its own version of Unix called Xenix, but it was MS-DOS that solidified the company's dominance. IBM awarded a contract to Microsoft in November 1980 to provide a version of the CP/M OS to be used in the IBM Personal Computer (IBM PC).

Microsoft released Windows on November 20, 1985, as a graphical extension for MS-DOS, despite having begun jointly developing OS/2 with IBM the previous August. Microsoft moved its headquarters from Bellevue to Redmond, Washington, on February 26, 1986, and went public on March 13, with the resulting rise in stock making an estimated four billionaires and 12,000 millionaires from Microsoft employees. Microsoft released its version of OS/2 to original equipment manufacturers (OEMs) on April 2, 1987.

In 1990, Microsoft introduced the Microsoft Office suite which bundled separate applications such as Microsoft Word and Microsoft Excel.

The company released Windows 95 on August 24, 1995, featuring pre-emptive multitasking, a completely new user interface with a novel start button, and 32-bit compatibility; similar to NT, it provided the Win32 API. Windows 95 came bundled with the online service MSN, which was at first intended to be a competitor to the Internet, and (for OEMs) Internet Explorer, a Web browser. Branching out into new markets in 1996, Microsoft and General Electric's NBC unit created a new 24/7 cable news channel, MSNBC.

Microsoft released the first installment in the Xbox series of consoles in 2001. The Xbox, graphically powerful compared to its rivals, featured a standard PC's 733 MHz Intel Pentium III processor.

On October 25, 2001, Microsoft released Windows XP, unifying the mainstream and NT lines of OS under the NT codebase.

Released in January 2007, the next version of Windows, Vista, focused on features, security and a redesigned user interface dubbed Aero.

Microsoft Office 2007, released at the same time, featured a "Ribbon" user interface which was a significant departure from its predecessors. Relatively strong sales of both products helped to produce a record profit in 2007.

Gates retired from his role as Chief Software Architect on June 27, 2008, a decision announced in June 2006, while retaining other positions related to the company in addition to being an advisor for the company on key projects.

As the smartphone industry boomed in the late 2000s, Microsoft had struggled to keep up with its rivals in providing a modern smartphone operating system, falling behind Apple and Google-sponsored Android in the United States. As a result, in 2010 Microsoft revamped their aging flagship mobile operating system, Windows Mobile, replacing it with the new Windows Phone OS that was released in October that year.

Following the release of Windows Phone, Microsoft undertook a gradual rebranding of its product range throughout 2011 and 2012, with the corporation's logos, products, services, and websites adopting the principles and concepts of the Metro design language. Microsoft unveiled Windows 8, an operating system designed to power both personal computers and tablet computers, in Taipei in June 2011.

On February 4, 2014, Steve Ballmer stepped down as CEO of Microsoft and was succeeded by Satya Nadella, who previously led Microsoft's Cloud and Enterprise division. On the same day, John W. Thompson took on the role of chairman, in place of Bill Gates, who continued to participate as a technology advisor. Thompson became the second chairman in Microsoft's history. On April 25, 2014, Microsoft acquired Nokia Devices and Services for $7.2 billion.

On March 1, 2016, Microsoft announced the merger of its PC and Xbox divisions, with Phil Spencer announcing that Universal Windows Platform (UWP) apps would be the focus of Microsoft's gaming in the future. On January 24, 2017, Microsoft showcased Intune for Education at the BETT 2017 education technology conference in London. Intune for Education is a new cloud-based application and device management service for the education sector.

On August 5, 2020, Microsoft stopped its xCloud game streaming test for iOS devices. According to Microsoft, the future of xCloud on iOS remains unclear and potentially out of Microsoft's hands. Apple has imposed a strict limit on "remote desktop clients" which means applications are only allowed to connect to a user-owned host device or gaming console owned by the user.

On September 22, 2020, Microsoft announced that it had an exclusive license to use OpenAI’s GPT-3 artificial intelligence language generator.The previous version of GPT-3, called GPT-2, made headlines for being “too dangerous to release” and had numerous capabilities, including designing websites, prescribing medication, answering questions, and penning articles. On November 10, 2020, Microsoft released the Xbox Series X and Xbox Series S video game consoles.

On January 18, 2022, Microsoft announced the acquisition of American video game developer and holding company Activision Blizzard in an all-cash deal worth $68.7 billion. Activision Blizzard is best known for producing franchises, including but not limited to Warcraft, Diablo, Call of Duty, StarCraft, Candy Crush Saga, Crash Bandicoot, Spyro the Dragon, Skylanders, and Overwatch.

Microsoft’s mission is to empower every person and every organisation on the planet to achieve more. The company has been striving to evolve its technical solutions with the changing world.

Microsoft’s core values are “innovation, trustworthy computing, diversity and inclusion, corporate social responsibility, philanthropies, and environment.” The presence of these values has enabled the management to direct all workers towards the mission and vision of the firm. These values aid the company in various ways.

Microsoft understands the importance of creating an innovative culture to thrive in the computer technology sector. This directly contributes to the presence of products that help customers with dependable computing. To have a healthy impact across the globe, Microsoft has learned the art of diversifying and being inclusive to ensure the company has a global image that does not alienate anyone.

It also enhances this reputation by staying true to its responsibility to the society through programs that empower and give back to the communities as shown in its fourth and fifth corporate values. As a sustainable company, Microsoft’s success is directly related to the environmental friendliness associated with its products as well.

"Microsoft is a technology company whose mission is to empower every person and every organization on the planet to achieve more. We strive to create local opportunity, growth, and impact in every country around the world. Our strategy is to build best-in-class platforms and productivity services for an intelligent cloud and an intelligent edge infused with artificial intelligence (“AI”).

The way individuals and organizations use and interact with technology continues to evolve. A person’s experience with technology increasingly spans a multitude of devices and becomes more natural and multi-sensory with voice, ink, and gaze interactions. We believe a new technology paradigm is emerging that manifests itself through an intelligent cloud and an intelligent edge where computing is more distributed, AI drives insights and acts on the user’s behalf, and user experiences span devices with a user’s available data and information. We continue to transform our business to lead this new era of digital transformation and enable our customers and partners to thrive in this evolving world."

And for comparison, here is last year’s:

"Microsoft is a technology company whose mission is to empower every person and every organization on the planet to achieve more. Our strategy is to build best-in-class platforms and productivity services for a mobile-first, cloud-first world.

The mobile-first, cloud-first world is transforming the way individuals and organizations use and interact with technology. Mobility is not focused on any one device; it is centered on the mobility of experiences that, in turn, are orchestrated by the cloud. Cloud computing and storage solutions provide people and enterprises with various capabilities to store and process their data in third-party datacenters. Mobility encompasses the rich collection of data, applications, and services that accompany our customers as they move from setting to setting in their lives. We are transforming our businesses to enable Microsoft to lead the direction of this digital transformation, and enable our customers and partners to thrive in this evolving world."

Microsoft won Technology Initiative of the Year award at Disability Smart Awards at London in 2018 by Business Disability Forum. The company topped the list with 1st place on The 2021 Just 100, a list by Just Capital and Forbes to rank companies perceived as “turning the daunting challenges of 2020 into lasting, positive change”. It has also received more than 40,000 reviews for being a powerful and motivated work environment for its employees. 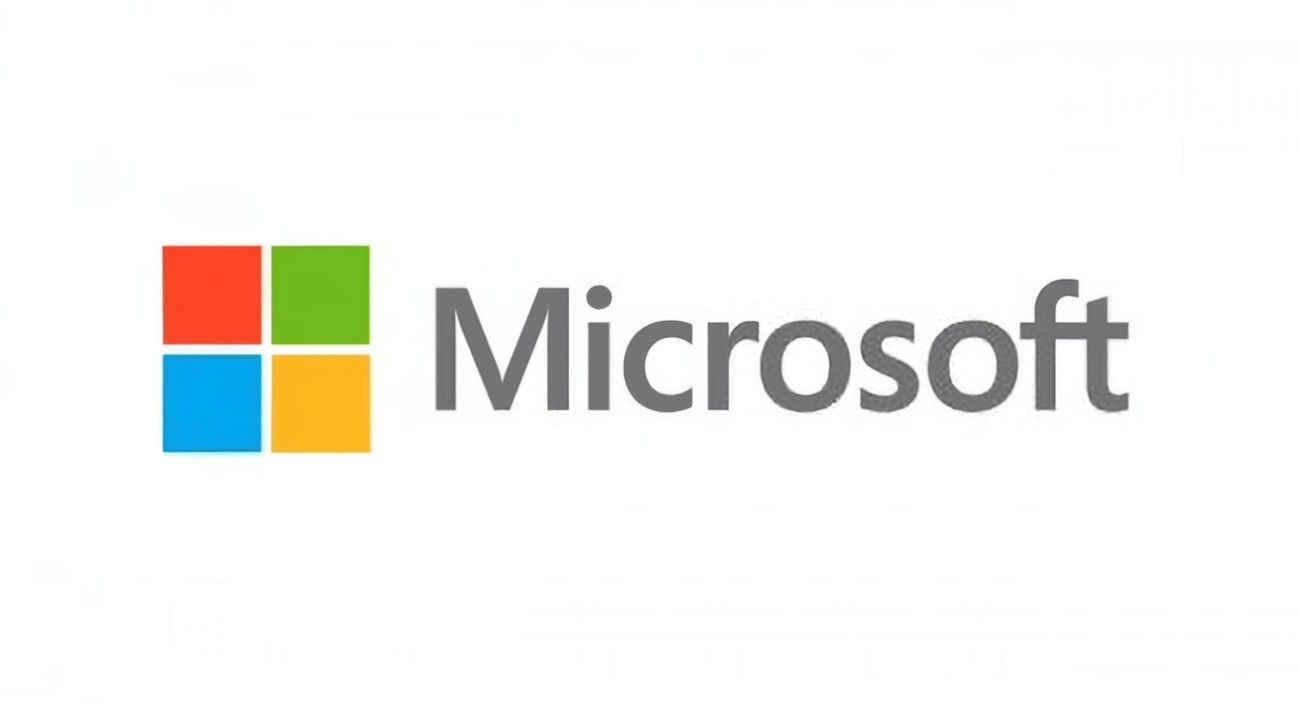