What drives Co-creators beyond monetary rewards? 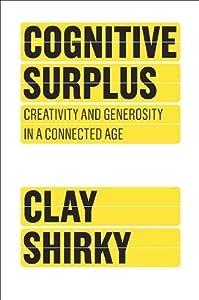 Monetary rewards as necessary condition and signal for ethics and commitment

In my last post I talked about the importance of monetary and rewards and non-cash prices in social business as it attracts extrinsically motivated people and it shows the company’s attitude, recognition and commitment towards collaboration with external stakeholders. Attractive rewards signal that a business, company or organisation doesn’t want to exploit consumers but appreciates the effort that participants invest and the (potential) value that their submissions can create.

But everyone who has experience with co-creation projects knows that the key for a successful co-creation project lies in attracting and engaging intrinsically motivated people. Thus, if we want to increase the value for Co-Creators we first have to understand what motivates Co-Creators besides monetary rewards. What are their underlying intrinsic motives and what do they expect from co-creation initiatives in terms of the process and the outcomes.

I think Clay Shirky give some great insights into the role of intrinsic motivations on our behaviors. Clay Shirky has written a great book on “Cognitive surplus”.

And I think the phenomenon of “cognitive surplus” explains pretty good what is happening in social media and why consumers are willed to participate in co-creation. In his book Cognitive Surplus: Creativity and Generosity in a Connected Age and his TED Talk How cognitive surplus will change the world he is making the point that “people are now learning how to use more constructively the free time afforded to them since the 1940s for creative acts rather than consumptive ones, particularly with the advent of online tools that allow new forms of collaboration. But while social technologies enable creative activity, the underlying motives for work we do with our spare brain cycles aren’t fueled by external rewards but by intrinsic motivation—the joy of doing something for its own sake.”

The open source movement – with prominent examples like Wikipedia, linux or apache – is a great example that shows the power of intrinsic motivated people enabled and leveraged by social technologies. But why do consumers contribute to co-creation projects initiated by producers? In contrast to open source software where users immediately benefit from using their programmed code, consumers participating in virtual new product development will hardly ever be able to immediately benefit from using “their” innovation. If at all, the co-created products will be available on the market 6-12 months later at the earliest. Working on co-creation projects together with profit-oriented firms may further crowd-out voluntary participation. As motives depend on context, exploring who and why one engages in virtual cocreation projects initiated by producers is worthwhile.

Recent research from Johann Füller (CEO of HYVE and assistant professor at the University of Innsbruck) shows consumers’ motivations indeed determine their expectations towards the co-creation design. He highlights the differences between extrinsically and intrinsically motivated consumers as follows:

“The results indicate that, with the exception of reward-oriented consumers, monetary incentives are not as important for engagement in virtual co-creation. For participants, intangibles such as feedback or recognition as well as the interaction experience itself are amply rewarding. … Monetary rewards may be necessary, especially to avoid the impression that a successful company is ripping-off consumers’ creativity for free, but they are not sufficient if other incentive mechanism like feedback, recognition, or compelling experience are missing. The asserted legal rights should also be taken into consideration when determining the amount of the monetary compensation.”

As I said earlier and similar to Johann’s implication, I think monetary rewards are a very important aspect of co-creation in that case as it shows the company’s attitude, recognition and commitment towards collaboration with external stakeholders. Attractive rewards signal that the company doesn’t want to exploit consumers but appreciates the effort that participants invest and the (potential) value that their submissions can create. Nevertheless, if the intrinsic motives are not addressed and the interaction and resulting co-creation experience is not perceived as rewarding the project will fail. As I wrote in my prior post, I think rewards in terms of monetary and non-cash prices will become a more important factor that signals the ethics and commitment of the co-creation initiator (Necessary condition). But the commitment and quality of interaction between the participant and the brand will create a rewarding co-creation experience and valuable outcomes (Sufficient condition).

Hernaldo Turrillo is a writer and author specialised in innovation, AI, DLT, SMEs, trading, investing and new trends in technology and business. He has been working for ztudium group since 2017. He is the editor of openbusinesscouncil.org, tradersdna.com, hedgethink.com, and writes regularly for intelligenthq.com, socialmediacouncil.eu. Hernaldo was born in Spain and finally settled in London, United Kingdom, after a few years of personal growth. Hernaldo finished his Journalism bachelor degree in the University of Seville, Spain, and began working as reporter in the newspaper, Europa Sur, writing about Politics and Society. He also worked as community manager and marketing advisor in Los Barrios, Spain. Innovation, technology, politics and economy are his main interests, with special focus on new trends and ethical projects. He enjoys finding himself getting lost in words, explaining what he understands from the world and helping others. Besides a journalist, he is also a thinker and proactive in digital transformation strategies. Knowledge and ideas have no limits.

How to Prepare Your Small Business for Natural Disasters

4IR And Huawei Connect 2021 – A Deep Dive Into The Digital

How to Make Your Branding Details Stand Out