Steven Paul Jobs was an American entrepreneur, industrial designer, business magnate, media proprietor, and investor. He was the Co-Founder, Chairman, and CEO of Apple and NeXT. He was also the Chairman and majority shareholder of Pixar. Later, when Pixar was acquired by The Walt Disney Company, he became a member of its Board of Directors.

Steve is widely recognised as a pioneer of the personal computer revolution of the 1970s and 1980s, along with his early business partner and fellow Apple co-founder Steve Wozniak.

Steve was born in San Francisco to a Syrian father and a German-American mother. He was adopted shortly after his birth. He attended Reed College in 1972, before withdrawing the same year.

He worked closely with English designer Jony Ive to develop a line of products that had larger cultural ramifications, beginning with the "Think different" advertising campaign and leading to the Apple Store, App Store (iOS), iMac, iPad, iPod, iPhone, iTunes, and iTunes Store.

In 2003, Jobs was diagnosed with a pancreatic neuroendocrine tumor. He died of respiratory arrest related to the tumor on October 5, 2011, at the age of 56. In 2022, he was posthumously awarded the Presidential Medal of Freedom.

Steven Paul Jobs was born on 24 February 1955 in San Francisco, California, to Joanne Carole Schieble and Abdulfattah Jandali. He was adopted by a working-class couple, Clara and Paul Reinhold Jobs, and grew up with them in Mountain View, California.

He attended Homestead High School in Cupertino California and went to Reed College in Portland Oregon in 1972 but dropped out after only one semester, staying on to "drop in" on courses that interested him.

Steve took a job with video game manufacturer, Atari Inc., in Los Gatos, California as a technician to raise enough money for a trip to India. He returned from there as a Zen Buddhist.

When Steve returned to Atari, his old friend Steve Wozniak was still working there. By March 1976, Wozniak completed the basic design of the Apple I computer and showed it to Jobs, who suggested that they sell it; Wozniak was at first skeptical of the idea but later agreed. In April of that same year, Jobs, Wozniak, and administrative overseer Ronald Wayne founded Apple Computer Company (now called Apple Inc.) as a business partnership in Jobs's parents' Crist Drive home on April 1, 1976. The operation originally started in Jobs's bedroom and later moved to the garage. Wayne stayed briefly, leaving Jobs and Wozniak as the active primary cofounders of the company. The two decided on the name "Apple" after Jobs returned from the All One Farm commune in Oregon and told Wozniak about his time in the farm's apple orchard. Jobs originally planned to produce bare printed circuit boards of the Apple I and sell them to computer hobbyists for $50 (equivalent to about $240 in 2021) each. To fund the first batch, Wozniak sold his HP scientific calculator and Jobs sold his Volkswagon van. Later that year, computer retailer Paul Terrel purchased 50 fully assembled Apple I units for $500 each. Eventually, about 200 Apple I computers were produced in total.

In April 1977, Jobs and Wozniak introduced the Apple II at the West Coast Computer Faire. It is the first consumer product to have been sold by Apple Computer. Primarily designed by Wozniak, Jobs oversaw the development of its unusual case and Red Holt developed the unique power supply.

Inspired by a trip to Xerox's Palo Alto Research Center (PARC), engineers from Apple began working on a commercial application for the graphical interface ideas they had seen there. The resulting machine, Lisa, was expensive and never achieved any level of commercial success, but in 1984 another Apple computer, using the same WIMP (Windows, Icons, Menus, Pointer) interface concept, was launched. An advert during the 1984 Super Bowl, directed by Ridley Scott introduced the Macintosh computer to the world (in fact, the advert had been shown on a local TV channel in Idaho on 31 December 1983 and in movie theaters during January 1984 before its famous "premiere" on 22 January during the Super Bowl).

Following his resignation from Apple in 1985, Jobs immediately founded another computer company, NeXT. Its machines were not a commercial success but some of the technology was later used by Apple when Jobs eventually returned there.

In the meantime, in 1986, Jobs bought The Computer Graphics Group from Lucasfilm. The group was responsible for making high-end computer graphics hardware but under its new name, Pixar, it began to produce innovative computer animations. Their first title under the Pixar name, Luxo Jr. (1986) won critical and popular acclaim and in 1991 Pixar signed an agreement with Disney, with whom it already had a relationship, to produce a series of feature films, beginning with Toy Story (1995).

In 1996, Apple bought NeXT and Jobs returned to Apple, becoming its CEO. With the help of British-born industrial designer Jonathan Ive, Jobs brought his own aesthetic philosophy back to the ailing company and began to turn its fortunes around with the release of the iMac in 1998. The company's MP3 player, the iPod, followed in 2001, with the iPhone launching in 2007 and the iPad in 2010. The company's software music player, iTunes, evolved into an online music (and eventually also a movie and software application) store, helping to popularize the idea of "legally" downloading entertainment content.

In 2003, Jobs was diagnosed with pancreatic cancer and underwent surgery in 2004. Despite the success of this operation he became increasingly ill and received a liver transplant in 2009. He returned to work after a six-month break but eventually resigned from his position in August 2011, after another period of medical leave which began in January 2011. He died on 5 October 2011.

Steve Jobs ' vision of a "computer for the rest of us" sparked the PC revolution and made Apple co an icon of American business.

He once said: "We started out to get a computer in the hands of everyday people, and we succeeded beyond our wildest dreams."

Addressing the graduating class of Stanford University in 2005, Steve Jobs compressed his life’s philosophy into three lessons. (1) Trust that the dots in your life will eventually connect down the road. You cannot connect the dots looking forward, you can only connect them looking backward. (2) The only way to do great work is to love what you do. You’ve got to find what you love. If you haven’t found it yet, keep looking; don’t settle. (3) Have the courage to follow your heart and intuition. Remembering that you are going to die is the best way to avoid the trap of thinking you have something to lose. Stay hungry, stay foolish.

Steve Jobs, along with Steve Wozniak, was awarded the National Medal of Technology in 1985 by the then President of the United States, Ronald Reagan. Then in 1987, he was given the Jefferson Award for Public Service. The award category of the award given to Jobs is awarded to individuals below the age of 35 years for public service. This was the 'Samuel S. Beard Award for Outstanding Public Service by an Individual 35 years or Under'. In 1989, Steve Jobs was named the Entrepreneur of the Decade by Inc. Magazine. He received the Howard Vollum Award in 1991 from his previous college, Reed College. Then from 2004 to 2010, on five separate occasions, Jobs was part of the list of 'Time 100: Most Influential People in the World'. He received PGA Vanguard Award in 2002. Fortune Magazine named Steve Jobs as the Most Powerful Person in Business in 2007. Jobs was also admitted to the California Hall of Fame which was situated at The California Museum for History, Women and the Arts in 2007. In 2012, Jobs was posthumously awarded the Grammy Trustees Award, honouring people who have been an influence in the music industry excluding the performance aspect. Steve Jobs was also posthumously awarded with Edison Achievement Award in the same year. This award was given to him because of his dedication to innovation all through his career. Jobs was also added to the list of Disney Legends after his death. He also received the Bravo Otto Award in 2011. 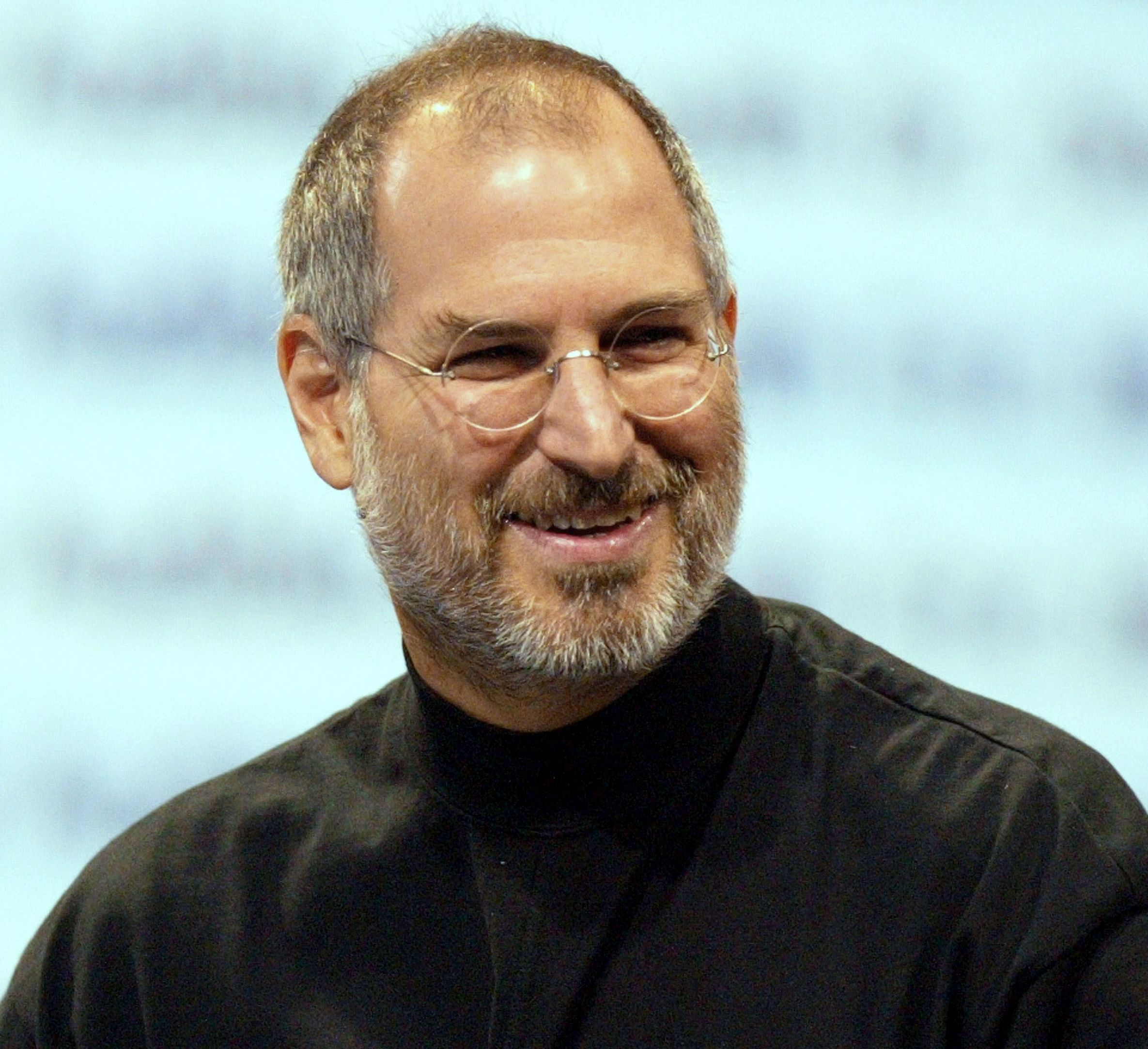 Occupation
Co-Founder, Chairman, and CEO of Apple and NeXT, Chairman and Founder of Pixar
Companies
Apple Inc, NeXT, Pixar
Education
Reed College (Roll out)