The world is constantly evolving, and one of the most fascinating aspects of modern civilization is the ever-evolving art scene. As technology advances, so do the way art is created, consumed, and shared. While the future of art is impossible to predict, it’s clear that the art industry will continue to be influenced by technology.

This article is in collaboration with the online event ‘‘The Future of… Arts: Digital 360, NFTs, Metaverse, IP, AI.” Live on Dinis Guarda YouTube Channel on December 8 from 1 pm to 3 pm GMT.

One of the most significant changes to art in the near future will be the rise of computer-generated art. As AI and computational creativity technology continue to improve, we’ll begin to see more and more works of art created by computers. While this may seem like a daunting prospect to some, these works of art will be no less creative or valuable than those created by human artists.

In fact, the use of AI in Art creation goes a long way in breaking the boundaries of what means to be “creative”. In this regard, computational creativity studies also enable us to understand human creativity and to produce programs for creative people to use, where the software acts as a creative collaborator rather than a mere tool.

“Creativity seems mysterious because when we have creative ideas it is very difficult to explain how we got them and we often talk about vague notions like “inspiration” and “intuition” when we try to explain creativity. The fact that we are not conscious of how a creative idea manifests itself does not necessarily imply that a scientific explanation cannot exist. As a matter of fact, we are not aware of how we perform other activities such as language understanding, pattern recognition, and so on, but we have better and better AI techniques able to replicate such activities,” mentioned Ramón López de Mántaras, Artificial Intelligence Research Institute (IIIA), Bellaterra, Spain

The rise of artificial intelligence (AI) in art

The rise of artificial intelligence (AI) in art is a growing trend that has changed the way art is created, viewed, and enjoyed. AI has now become so widely used in art that it is almost impossible to separate the two. AI is being used in many different forms of art, from paintings and digital art to music and photography.

One example of it is Google’s DeepDream. This AI system uses convolutional neural networks to analyze images and then generate new ones based on the analysis. The resulting images are often surreal and psychedelic, with vibrant colors and shapes. DeepDream has been used to create album covers, posters, and other works of art.

“We train an artificial neural network by showing it millions of training examples and gradually adjusting the network parameters until it gives the classifications we want. The network typically consists of 10-30 stacked layers of artificial neurons. Each image is fed into the input layer, which then talks to the next layer until eventually the “output” layer is reached. The network’s “answer” comes from this final output layer,” said Google in the research ‘Inceptionism: Going Deeper into Neural Networks.’

Another example of AI art is the work of the artist Mario Klingemann. He combines machine learning with generative art to create pieces that are based on his own aesthetic. He uses a variety of algorithms and software to create his pieces. His artwork has been exhibited in galleries and museums around the world. 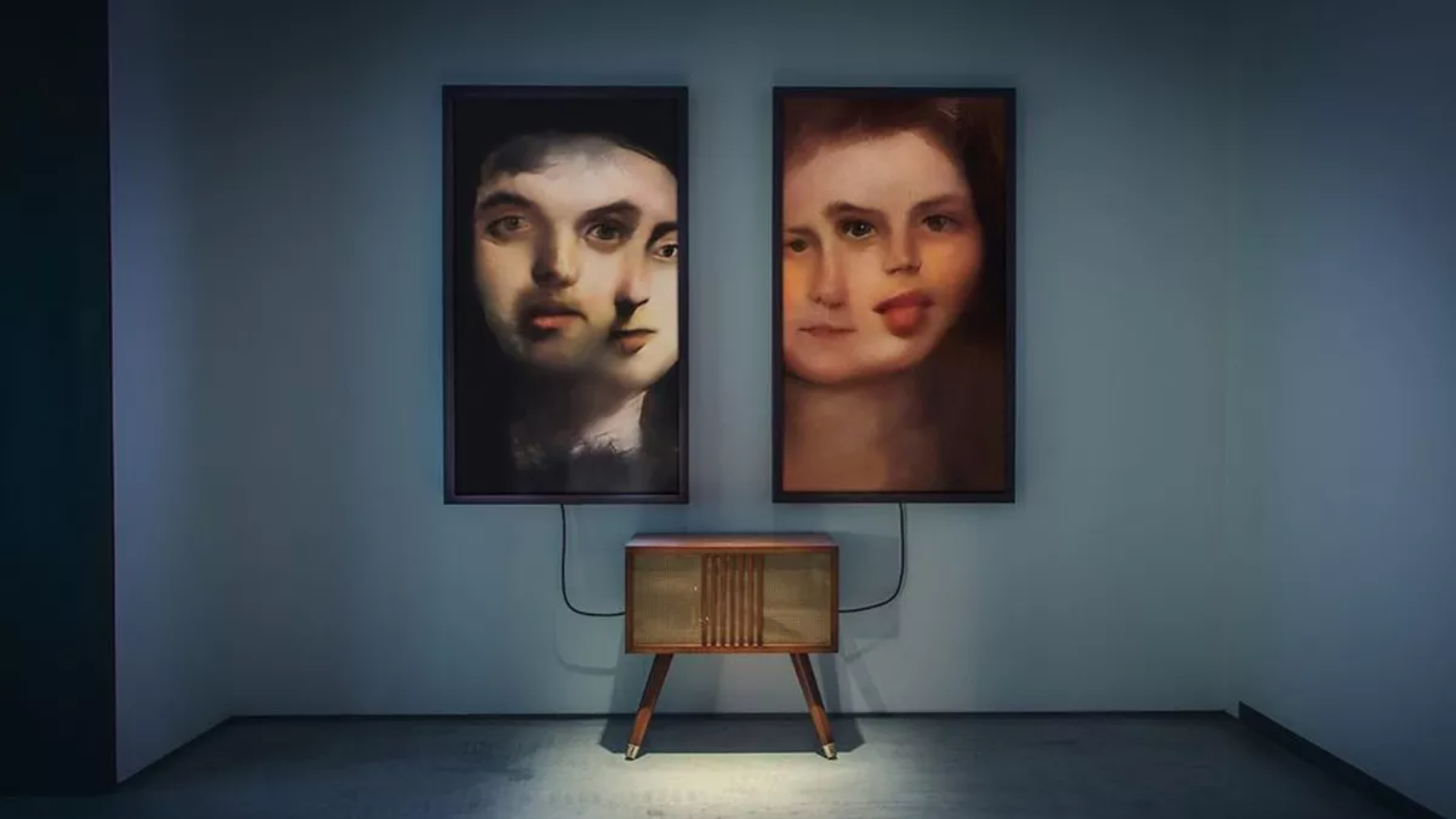 The use of AI in art is changing the way art is created, viewed, and enjoyed. AI is creating art that is more creative and varied than what a human artist could create. AI is also creating art that is both aesthetically pleasing and meaningful. AI is allowing art to reach a wider audience and become more accessible to people all over the world.

And that’s not all. New android robots are also entering the art scene with Ai-Da and Sophia. Ai-Da is the world’s first ultra-realistic artist robot. She draws and paints using cameras in her eyes, her AI algorithms, and her robotic arm. Created in February 2019, she had her first solo show at the University of Oxford, ‘Unsecured Futures’, where her art encouraged viewers to think about our rapidly changing world. She has since travelled and exhibited work internationally, including a virtual exhibition at the United Nations. She had her first show in a major museum, the Design Museum, in 2021. In 2022 she had a solo exhibition during the Venice Biennale, at the Concilio Europeo Dell'Arte in the Giardini. She continues to create art that challenges our notions of the artist and creativity in a post-humanist era.

“Machine Learning now is capable of making their own decisions out of the data processing and that involves some sort of creativity from the algorithm itself. Every time that Ai-Da draws a portrait from a person, she will do it differently because she will come to another conclusion each time. And we wanted her to come to different conclusions each time because that is the nature of creativity. You need to have something that is new, surprising and adds value. So Ai-Da’s code is actually unique to her,” said Ai-Da creator Aidan Meller

The rise of AI in art is revolutionizing the art world and changing the way art is created, viewed, and enjoyed. AI is becoming an increasingly important part of art and will continue to have a major impact on the art world in the future.

The future of art is an exciting one, full of possibilities and potential. As technology continues to evolve, so will the way we create, consume, and share art. It’s an exciting time to be an artist, and the future looks brighter than ever.

Hernaldo Turrillo is a writer and author specialised in innovation, AI, DLT, SMEs, trading, investing and new trends in technology and business. He has been working for ztudium group since 2017. He is the editor of openbusinesscouncil.org, tradersdna.com, hedgethink.com, and writes regularly for intelligenthq.com, socialmediacouncil.eu. Hernaldo was born in Spain and finally settled in London, United Kingdom, after a few years of personal growth. Hernaldo finished his Journalism bachelor degree in the University of Seville, Spain, and began working as reporter in the newspaper, Europa Sur, writing about Politics and Society. He also worked as community manager and marketing advisor in Los Barrios, Spain. Innovation, technology, politics and economy are his main interests, with special focus on new trends and ethical projects. He enjoys finding himself getting lost in words, explaining what he understands from the world and helping others. Besides a journalist, he is also a thinker and proactive in digital transformation strategies. Knowledge and ideas have no limits.