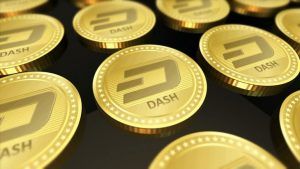 Looking at the dash to btc chart and you will see the increased rates’ volatility of these two coins towards one another. For example, now, in January 2021, the rate of the first cryptocurrency exceeds $33K, which is the historic high, while the Dash rate is just over $90, which is almost 17 times less than its historic high. That is the reason why many investors pay attention to Dash at this stage, as it still has a lot of room for growth.

Many experts advise buying or increasing the volume of purchases of the most capitalized altcoins. The fact that BTC has risen above the historic high suggests that other assets still have room to grow. Pay attention to those altcoins that have fundamental reasons for growth to minimize risks. Dash is among them.

The Dash coin was created in early 2014, originally it was called Xcoin. It was developed as an improved version of Bitcoin.

At the time of release, the Dash rate was about 26 cents.

In 2019, the Dash rate declined again and at the end of December reached $42.

As of mid-December 2020, the Dash rate is $91 and investors have hope for long-term growth.

What is a Dash Masternode?

The Dash masternode is a server that ensures advanced transaction handling work for an additional fee. On top of the PoW mechanism, there is another layer in the Dash blockchain – masternodes, which provide anonymity and the ability to make instant transactions. In Bitcoin, the path of each coin can be tracked with high accuracy, at least if the sender does not use third-party services to mix-up transactions.

To solve this problem, Dash uses PrivateSend technology: each transaction is split into several equal parts, sent between masternodes from 2 to 8 times, and only then reaches the recipient. Masternodes don`t share information about the origin of funds within their system.

Dash uses InstantSend technology to speed up transactions. Thus, the primary verification of the transaction is performed by masternodes, and not by miners. As a result, transactions within the Dash network take a matter of seconds. Besides, masternode owners have a voice in the further development of the network.

How will Covid-19 contribute to cryptocurrencies?

The coronavirus pandemic has made a huge effect on the global economy. The general lockdown in the spring of 2020 has led many countries into deep economic fall. Such giants as the US and EU countries began to print new unbacked fiat money, so just in March, the US Federal Reserve did $1.7 trillion. The EU Central Bank has adopted the same quantitative easing position, and this leads to inflation and if the situation gets out of control, then the default of the world's leading fiat currencies will occur.

Thus investors from all over the world began to turn their attention to those assets that have limited emission (gold, precious metals, cryptocurrencies, etc.). That is, Bitcoin's growth in 2020 is partly due to Covid-19.

Dash cryptocurrency is currently ranked 29th in the global ranking of digital coins. Its capitalization is $920 million, while this value was $12.3 billion at its high. If you take a closer look at the historic DASH Price Analysis, it appears that this cryptocurrency still has big chances for growth.

Why Social Media Is the Ultimate Path to Business Growth

Why Track and Trace is Crucial to Supply Chain Management